📷 Sea of Tranquility FOLK HEALER : A review by Pete Pardo 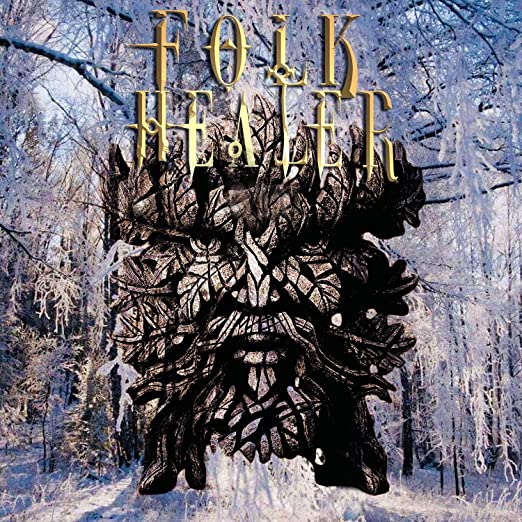 Some  very solid classic sounding hard rock & heavy metal here on the  debut from Florida's Folk Healer, their self-titled release harking back  to the early '80s with their heavy hitting and melodic ways, the album  mastered by none other than  Flemming Rasmussen (Metallica, Rainbow,  Pretty Maids.) The band features  vocalist/guitarist Dan Pocengal ,  guitarist Johnnie Kaylor, drummer Jeff Thal (brother of Ron 'Bumblefoot'  Thal) and Eddie Rey on bass.
Featuring 11 songs, Folk Healer has plenty of variety, kicking  off with the splendid hard rock of "Dragons Den", which has a wealth of  steady guitar riffs complemented by Pocengal's unique, melodic vocals.  Images of Iron Maiden and Fates Warning pop up in spots on tunes like  "Angel", "Wishing Well",  and "Release Me", moody atmosphere swirling  around frantic rhythms and a wealth of chugging guitars, while the  delightful "Starlight" sees the band digging into some bluesy, groove  laden '70s styled heavy rock, the vocals taking on a sultry flair that  works so well with the sizzling guitar licks. Thal & Rey put on a  show during the intricate "Taking Over", and the cover of the David  Bowie classic "The Jean Genie" is a fun, if somewhat safe take on that  early '70s glam rock staple. The back end of the CD features the shred  guitar attack of "The Wizards Elixir", a nice instrumental mix of  progressive & NWOBHM styles, the Voivod-styled frenzy that is  "Darkest Star" (a real sleeper track here with some terrific riffing and  over the top vocals courtesy of Pocengal), and the album concludes with  the epic, moody, and highly melodic track "Paradise", complete with  soaring vocals, wonderful acoustic guitar textures, and fantastic,  almost doom laden riffing. It might just be the best track on an album  filled with highlights.
Based on what we have on display here, I'm guessing we will be hearing a  lot more from this very talented band in the years to come. If you want  to grab a hold of a great new band here in early 2020, Folk Healer is a  safe bet for all you classic metal fans out there.

An album I have waited a while to get my hands to say the least and I was rather impressed when I played it too which was recorded at Electric Angel Studios in Saint Petersberg, Florida, USA.   It's very much Old-School Heavy Metal of the mid 80's style with Bruce Dickinson like vocals from Dan Pocengal with the line-up completed by Guitarist, Johnnie Kaylor and Brother of Ron Thal, Jeff on Drums with Eddie Rey on Bass. In fact, it was mastered by the legendary Flemming Rasmussen who gave us the sounds of such musical heroes like Metallica, Rainbow & The Pretty Maids.   The sound production is second to none with standouts including 'Angel' with its glorious backing vocals; the echoey proggish ' Strange Rain' and the bluesy 'Starlight'. Then there's the knockout version of Bowie's 'The Jean Genie' where Dan sounds just like David. Or what about the closing magnificent ballad entitled 'Paradise' that sees it come to a musical conclusion really well. Pipe up this album which is well worth blowing a tweeter or two with.   An elegant Metal release indeed. 8/10   By Glenn Milligan